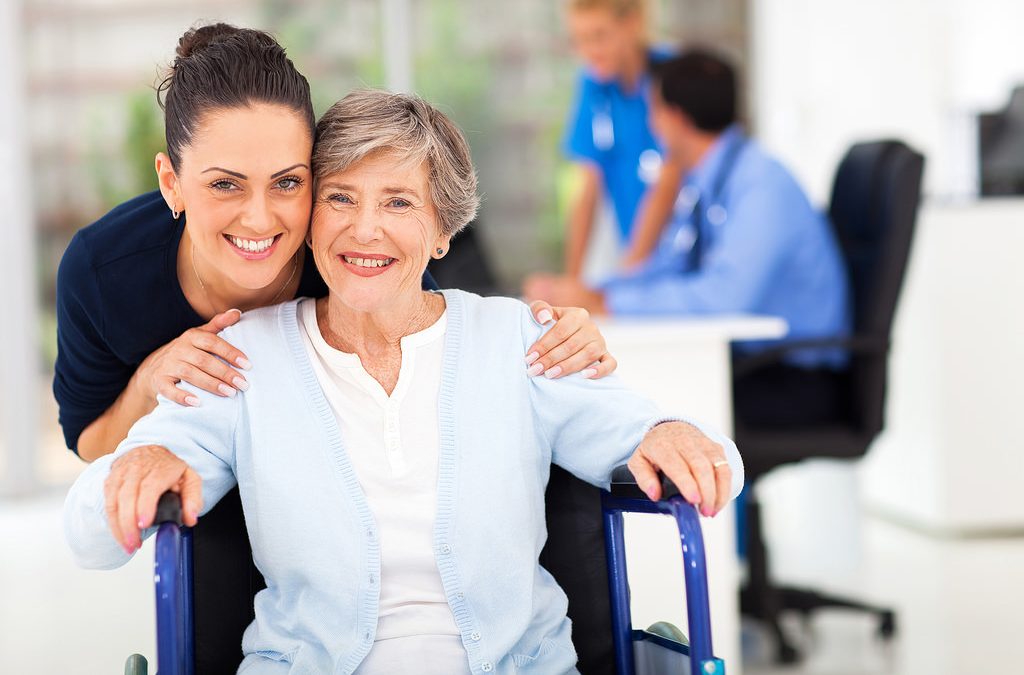 My mom went home to be with the Lord in the early morning hours on January
12, 2015. It was the day before her 87th birthday. A friend told me that my mom decided to celebrate
her birthday with her husband and her Lord in heaven. I laughed and cried when she said that.
Along with my sister, I was a caregiver for my mother for almost 8 years. It all happened
gradually after she was formally diagnosed with dementia in 2005. I lived at home with her when I first
started my business in 2002 and soon thereafter began to notice her having some memory problems.
I’m quite sure had I not been living with her, I would not have noticed these things. Most people are
very adept at hiding the fact that they are forgetting things, like what day it is, or a telephone number
they’ve called frequently for many years. I saw some of this happening with my mom and along with my
sister tried to get her to talk to her doctor about it. Of course, she said there wasn’t anything wrong with
her, so like any good daughter, I called her doctor’s office and spoke to the nurse. I told her my concerns
and asked her to share this with the doctor. Well, my mom returned from her appointment the next day
and said something like, “I guess you kids get what you want. She wants me to go see some type of
geriatric doctor.”

That’s how my journey began. As I look back, I am so thankful that my sister was here in
Cleveland with me. So many adult children find themselves walking his path as the primary caregiver
with very little support from their siblings, even when they all live in the same city. I can’t imagine not
having the type of support I had, not just from the sister who was here with me, but also my other two
siblings who lived in Columbus and Cincinnati. The two of us in town were able to basically divide the
many tasks and responsibilities that needed to be done for my mom without either one of us feeling
totally overwhelmed. Although I had help during the week, we both had every Saturday and alternated
every Sunday for many years. And even with both of us sharing the load to an extent, there were
days when we still felt burned out.

The data today shows that more working women find themselves in some kind of caregiving role
(National Alliance for Caregiving). Whether it’s calling a parent regularly to remind them to take their
medicine, or driving them to doctor’s appointments, or doing their banking, many of us find ourselves in
very similar situations of being an adult caregiver. I have said many times that in the course of 24
hours, most women will hear a friend, a professional colleague, or even a casual acquaintance
comment about their role as a caregiver. Most of us don’t necessarily identify ourselves as such, but
indeed that is what we are, caregivers. Some of us are even long distance caregivers, making frequent
trips out of town to care for a loved one in some capacity. It’s just where we are now in life with so
many people living longer.

My wish for those of you who find yourselves in this role is that you identify as much support as
you can and embrace the journey by realizing that you’re not alone. Caring for yourself is just as
important as caring for the one you love. But the flip side of that coin is to also realize that just as our
parents sacrificed in raising us, there will be sacrifices you’ll have to make in caring for them. There’s no
way around it. It just is what it is! Through it all though, the good days and not so good days, I remain so
grateful for the privilege of serving and caring for my mother. It’s only been a few short years and
I’m still adjusting to a new “normal” in my life. Even though she may not have known that I was her
daughter the last years of her life, I knew that I was her daughter and that’s what mattered to me the
most. When asked how I’m doing, I still find myself saying, “It is well with my soul.”

Peace to all who read this and those who find themselves experiencing a similar journey.